Coffee And Gut Health: Reasons Why Coffee Is Good For Gut Health 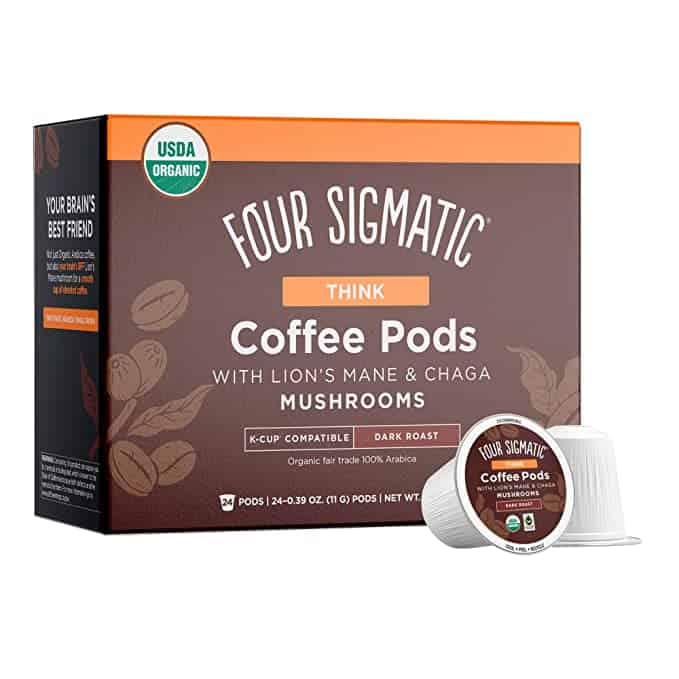 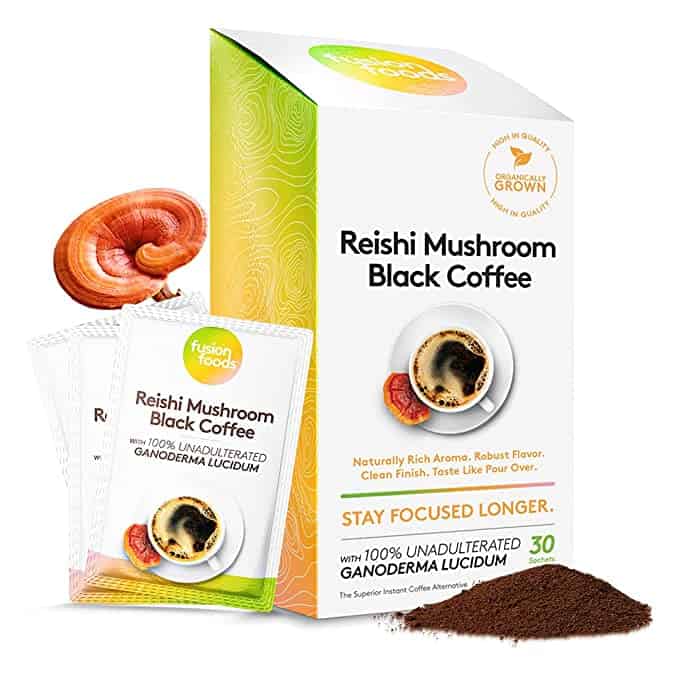 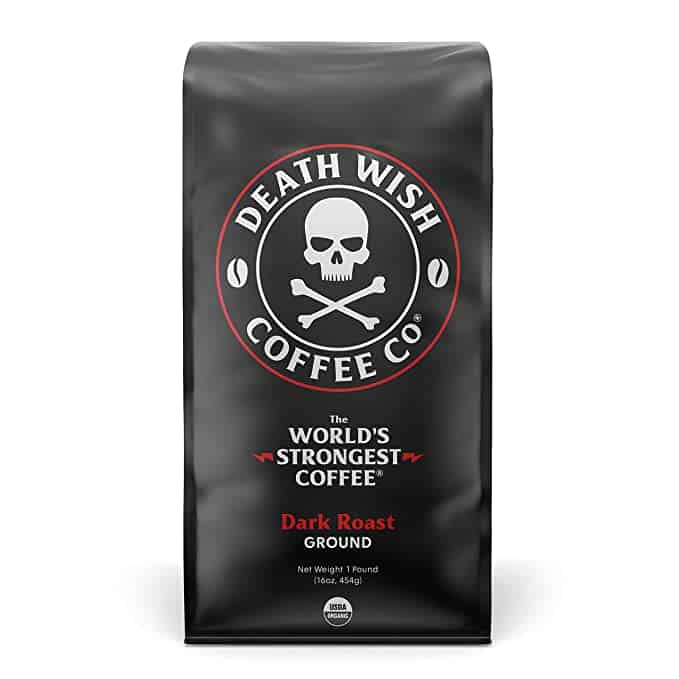 For some people, coffee is an important part of their daily routine. It can be a delicious way to start the day or a nice pick-me-up in the afternoon. However, you may be unaware that coffee can have some beneficial effects on gut health.

Coffee has been shown to have a number of gut health benefits, including reducing inflammation, improving digestion, and protecting against gastrointestinal disorders.

Let's take a closer look at the effects of coffee on gut health. But, before we get there, let's look at the history of coffee.

A brief history of coffee

This history of coffee goes back centuries. It was believed to be found in the year 850 in the region of Kaffa (the name derived from this) of Ethiopia. Once a fruit that ate out of curiosity became a common food among the people of this region because it made them happy and awake after eating this fruit.

Then the grain spread into the Yeman history in the fourteenth century. It is unknown how and who introduced this fruit to Yemen. History says that the old shepherds of Yeman discovered that their goats were more lively and awake after eating coffee leaves and berries. So, they told this incident to some monks in a nearby monastery.

One day, one of the monks started burning some branches of this plant. Without him noticing, some of the grains fell onto the fire. A delicious aroma arose from the fire, attracting the other monks. They withdrew the grains from the fire and ground them to make a better-tasting beverage from this powder. Then this beverage arrived in the Ottoman Empire in the sixteenth century. And then it became famous all around the world.

Coffee is one of the most popular beverages in the world, and it's not just because of the taste. Coffee has also been shown to have some potential health benefits, including gut health.

Nowadays, coffee is mixed with other flavors like blueberry, chocolate, caramel, etc., to make it more delicious. Some people also add milk and sugar to their coffee. If you'd like to taste a whole new flavor, we recommend The Best Blueberry Coffee.

Ways that coffee benefits your gut

Coffee is known to improve gut motility, or the movement of the bowels, in people with constipation. This could be due to coffee's high caffeine content, which stimulates colonic motor activity. Caffeinated coffee has a similar stimulating effect on the colon as a meal. In fact, it is 60% stronger than water and 23% stronger than decaffeinated coffee.

However, the same stimulating effect can also cause diarrhea in some people as it can stimulate the digestive tract too much. Therefore, if you find that coffee gives you diarrhea, it's best to limit your intake or avoid it altogether.

There is some evidence that coffee may benefit the gut microbiome. The consumption of coffee preparations containing green and roasted coffee beans increased the metabolic activity and/or numbers of the Bifidobacterium spp. population, a group of bacteria with reputed beneficial effects.

While these studies provide some evidence that coffee may improve gut health, more research is required to confirm these findings.

Coffee has been shown to have antioxidant, anti-cancer, and anti-inflammatory properties.

The National Library Of Medicine states that these effects are likely due to the presence of polyphenols and other bioactive compounds in coffee. Polyphenols are known to have many health benefits, including reducing inflammation and oxidative stress. Additionally, polyphenols can also reduce the risk of cancer by blocking the formation of carcinogens, stopping tumor growth, and inducing apoptosis.

Some coffee products are known to have more antioxidant properties than regular coffee. These products are specially blended to have a higher concentration of antioxidants, which can provide even more health benefits. Check out The Ten Best Antioxidant Coffee Items.

Coffee has been shown to help with postoperative ileus, which is a problem many people experience after surgery.

Coffee consumption is effective and safe for enhancing gastrointestinal function recovery after abdominal surgery. This is great news for those having surgery, as they now know they can drink coffee to help speed up their recovery.

Other health benefits of coffee

Negative effects of coffee on your gut

While coffee has many gut-friendly benefits, it's important to remember that it can also have some negative effects. Specifically, coffee can cause bloating, stomach pain, and diarrhea in some people. Let's look more closely at each of these negative consequences.

Coffee is a beverage that many people have enjoyed for centuries. Drinking coffee may be linked to Irritable Bowel Syndrome (IBS).

IBS is a disorder that affects the large intestine and can cause abdominal pain, cramping, bloating, diarrhea, and constipation. The study found that the odds of coffee drinkers developing IBS were 44% greater than those who never drank coffee. The odds were highest in people who had at least 106.5 mg of caffeine intake per day.

Caffeine is a stimulant that can produce diarrhea in some people with IBS. As a result, caffeine is one of the top five foods that should be avoided if you have this disorder. You should also note that the above study is focused on all caffeine, not just coffee and that other food items and beverages contain this stimulant as well.

A regular cup of coffee contains approximately 95mg of caffeine, while a decaf coffee has only 2mg of caffeine. How many cups of coffee do you have to drink to surpass the 106.5mg mark? Do the math.

Coffee has been shown to promote the development of acid reflux(GERD) and heartburn in some people. A trial completed by John K DiBiase, found that 30 people drinking coffee caused heartburn, regurgitation, and dyspepsia in most participants. The research also looked into the various types of coffee roasting. It discovered that variations in roasting methods did not cause differences in coffee-induced upper gastrointestinal symptoms.

Another study, the Reflexogenic Potential Of Diet Of Patients With Laryngopharyngeal Reflux found that coffee is among the beverages that can trigger heartburn and other symptoms of LPR.

Some coffee products are specially made for acid reflux patients who love to drink coffee. These products reduce the symptoms, unlike regular coffee. Check out these Best Acid Reflux Coffee Products.

The leaky gut syndrome refers to a disorder in which the intestine lining becomes damaged, allowing bacteria and toxins to enter the bloodstream. This can lead to several symptoms, including inflammation, allergies, and autoimmune diseases.

This research is important for those who suffer from leaky gut syndrome, as it may help to explain why coffee consumption can worsen their symptoms. If you are a coffee drinker and you experience any gut-related issues, it may be worth considering cutting back on your caffeine intake. If you regularly have issues with your gut, we recommend The Best Supplements For Gut Health.

Other negative effects of coffee

Coffee may cause loss of pregnancy

Caffeine is a stimulant found in coffee, tea, soda, and chocolate. Too much caffeine can cause problems with conception and increase the risk of miscarriage.

Caffeine can also cause other problems with pregnancy, such as low birth weight and premature birth. However, not all studies found this association.

It's essential for women trying to conceive or who are pregnant to avoid caffeine as much as possible. This means limiting coffee, tea, soda, and chocolate to no more than one or two servings per day.

A cup of coffee in the morning is something that many people enjoy, but Pubmed suggests that drinking coffee may raise serum lipid levels. According to this study, increases in serum lipids were greater in studies of patients with hyperlipidemia and in trials of caffeinated coffee than in those of decaffeinated coffee. The authors concluded that coffee might have a small but clinically significant effect on serum lipid levels.

This is an important finding, as elevated serum lipid levels are a risk factor for cardiovascular disease. If you are trying to lower your serum lipid levels, it may be best to avoid coffee or at least limit your intake.

Analyzing all of the above facts, we can conclude that moderate coffee consumption is generally safe if you are a healthy adult. Coffee may benefit the gut microbiome that assists with your digestive tract, protect against chronic diseases, and help in your overall health.

However, there are some people who may need to limit their coffee intake or avoid coffee altogether. These include pregnant women, those with the leaky gut syndrome, those with acid reflux, and those with elevated serum lipid levels. If you fall into any of these groups, it's best to consult with your doctor before making any dietary changes.

Is Coffee Good For Gut Bacteria?

There is some evidence that coffee may have beneficial effects on gut bacteria. Higher caffeine consumption was associated with increased richness and evenness of the mucosa-associated gut microbiota. Anti-inflammatory bacteria, such as Faecalibacterium and Roseburia, were found to be more abundant in people who consumed more caffeine. More research, however, is required to confirm these findings.

Does Coffee Cause Gut Inflammation?